Orange County’s past boasts plenty of fascinating episodes, from cattle rustling to college football, but it’s hard to top the founding of the county itself, says the Orange County Regional History Center’s director Mike Perkins.

“That’s when the land that would become Orange stopped being Mosquito County,” Perkins notes — “the only county in Florida’s history named after an insect.”

To celebrate that change as well as Orange County’s official beginnings in January 1845, the History Center is kicking off its first Heritage Day on Sunday, January 27, with free admission and fun family activities at the museum from noon to 5 p.m.

The name Mosquito County was inspired by the early Spanish monikers for the region’s waterways, such as Barra de Mosquitos (Mosquito Bar or Inlet), and was created by Florida’s territorial council on December 24, 1824—not the greatest Christmas Eve gift for early settlers.

The population then in Mosquito was less than two people per square mile. They may have been few, but they had mighty opinions, and they didn’t like the county’s name. Mosquito was almost changed to Leigh Read County, in honor of a territorial legislator who died in an ambush after he killed someone in a duel, but that went nowhere. Florida was a wild place back then.

In 1844, Mosquito County almost became Harrison County, probably for U.S. President William Henry Harrison (who served only 31 days before dying of pneumonia), but that too went nowhere. Finally, the January 1845 legislative session had the good sense to designate Orange County, after something that was not only appealing (no pun intended) but would have great significance in the region and in Florida in the years ahead.

At the January 27 event, the History Center will display a proclamation denoting Orange County Heritage Day and honoring the county’s founding. Admission is free from noon to 5 p.m. Visitors can enjoy free family activities including a scavenger hunt and an opportunity to make colorful buttons inspired by citrus-crate labels and spin an orange- and mosquito- themed trivia prize wheel. Representatives of Orange County’s Mosquito Safety department will join the event with an educational table about deal with the pesky critters for which the county was originally named. 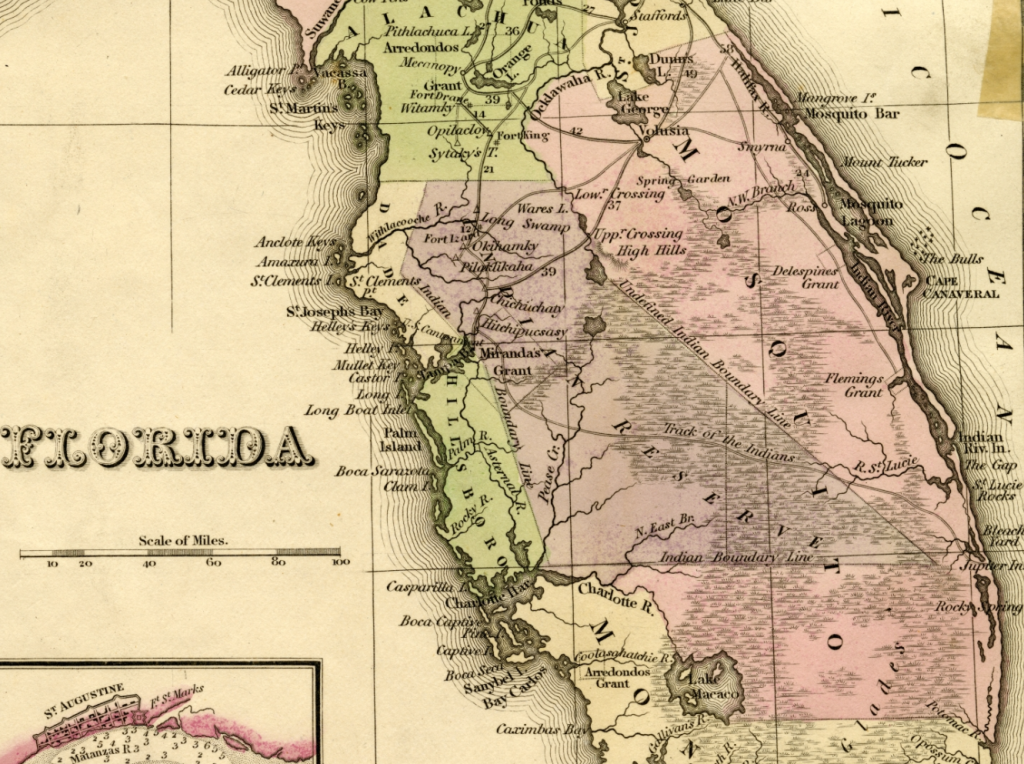 Your ticket for the: “Heritage Day” honors founding of Orange County with fun, free admission