Tragedy and Survival: Archaeology of the Freedom-Seeking Peoples Known as Black Seminoles 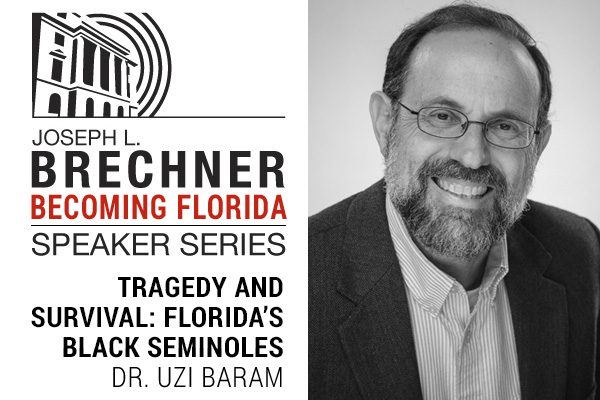 The competition in North America between the Spanish and British empires, and later between the British and the United States, offered Black freedom-seekers liberty in Florida. Some of them became known as Black Seminoles during the Second Seminole War, but much about their lives has been lost in the shadows of history. Now, historical archaeology is revealing the places of their early 19th-century settlement across Florida’s Gulf Coast. This presentation focuses on recent excavations in the Tampa Bay area about the free Black community of Angola and offers insights into the daily lives of residents from the 1770s until the settlement’s destruction in 1821. The lasting legacies of this haven of liberty on the Manatee River are celebrated by descendants and local residents alike.

Uzi Baram directs the New College Public Archaeology Lab at New College of Florida in Sarasota, where he is also a professor of Anthropology. A widely published scholar, he has been involved since 2004 with recovering and disseminating the history and heritage of Angola, an early 19th-century community on the Manatee River where Black people who had escaped from slavery made a home. A focus on the courage of the freedom-seeking people who found refuge on Gulf Coast Florida, and liberty in the Bahamas, animates his presentations.

This free event will be held via the Zoom platform.

The year 2021 will mark 200 years since Florida’s American era began. This year’s theme of our Brechner Speaker Series, “Becoming Florida,” is an exploration of the histories of the people who inhabited Florida before it became a United States territory.

Register for Event: Tragedy and Survival: Archaeology of the Freedom-Seeking Peoples Known as Black Seminoles

Your ticket for the: Tragedy and Survival: Archaeology of the Freedom-Seeking Peoples Known as Black Seminoles

Tragedy and Survival: Archaeology of the Freedom-Seeking Peoples Known as Black Seminoles