The founders of the Florida Audubon Society were entranced by the state’s avian populations, spending many happy hours stalking them through Central Florida’s wetlands and waterways. But when it became clear that the state’s birds were disappearing, they did something about it.

Gathering in the lakeside Maitland home of Clara and Louis Dommerich, fifteen men and women—the “Who’s Who” of Central Florida—agreed on March 2, 1900, to create a statewide arm of the national Audubon movement. They pledged to protect birds that were being killed by the hundreds of thousands to supply plumes to adorn ladies’ hats. These “fathers and mothers” of the Florida Audubon Society (FAS)—many of them winter residents that today might be called “snowbirds”—were passionate, well-connected activists who knew how to get things done. 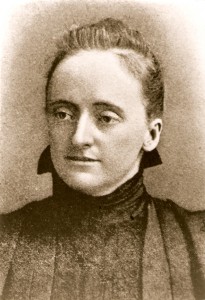 The Rt. Rev. Henry Whipple, an Episcopal bishop of Minnesota who had negotiated with eleven U.S. presidents for Indian rights, was elected FAS’ first president. Whipple first visited Florida in the 1850s and enjoyed its birds; in the last two decades, he had seen “not less than two thousand” Carolina parakeets at a Central Florida lake. “Many of these beautiful creatures are no longer to be found, unless in the Everglades,” he wrote in 1900. “The murderous work of extermination has been carried on by vandals, incited by the cupidity of traders who minister to the pride of thoughtless people.”

Whipple’s fears were real: in 1918 the last Carolina parakeet died in captivity and none had been seen in the wild since 1904. In 1913 America witnessed the death of the last passenger pigeon—a bird estimated to have once numbered in the billions. Extinction—a concept Americans had believed almost impossible in their land of superabundance—was becoming reality. By the early twentieth century, Florida’s birds were in grave danger, valued more as fashion adornments than as part of the natural world. Wearing bird feathers or bodies on ornate hats was high fashion. In 1886, an ornithologist touring New York City shopping areas observed forty different kinds of birds on ladies’ hats. By the late 1800s, many species were in trouble, including flamingos, ibis, roseate spoonbills, and egrets that add showy plumage (called aigrettes) during nesting season. They nested in swampy rookeries and were easy targets for hunters who shot the birds, stripped them of their plumes, and sent the feathers and body parts to northern millinery markets that by 1900 employed an estimated 83,000 people in a $17-million-a-year industry. That made Florida ground zero for much of the avian carnage.

FAS’ founders were determined to save their beloved birds when they created Florida’s first environmental group. Clara Dommerich called them together at her spacious home and during their first meeting, they adopted by-laws, elected Whipple, and named Dommerich as secretary-treasurer. She was remembered as a woman who “had watched with righteous indignation the wanton destruction of the beautiful birds which…added so much to the charm and beauty of our Southland. It was this womanly love which led her to ask others to unite in the creation of a society whose object is the protection of birds in Florida.”

Initial FAS annual membership was $1 per year for adults, 25 cents for children, and free for teachers. That money supported a variety of group efforts; an early success came in 1901 when Florida lawmakers at FAS urging adopted a non-game bird protection law similar to that of other states.

The Audubon movement, unlike many other activist groups of this era, included men and women in its membership. Women proved critical to FAS success, generating publicity, keeping records, pressing for state bird protection laws, and creating bird education classes for children. Perhaps no person was more important than Laura Norcross Marrs—Whipple’s sister-in-law—who also wintered in Maitland and was the daughter of a former Boston mayor. Marrs brought considerable talents and financial support to FAS, serving as chair of its executive committee until her death in 1926. She helped reorganize the national Audubon group and aided in the 1902 hiring of Guy Bradley to serve as an Audubon game warden in the Florida Keys. When Bradley was murdered in 1905 by plume hunters, Marrs wrote that his death “fills not only our Society in Florida, but the people of the United States, with horror. A brave man shot at his post, defending the helpless against brutality, and all for what? A feather, to adorn the head of some woman!!”

The wealthy Marrs family connected many people to FAS. Rose Cleveland was a close friend of Evangeline Marrs Whipple (Henry’s wife). She wrote articles for FAS and was a link to her brother, President Grover Cleveland who served as an honorary vice president. Many were connected with Rollins College, including Rev. George Ward and Dr. William Blackman, the college’s third and fourth presidents. Louis Dommerich, who succeeded Whipple as FAS president, was a trustee at Rollins College as were W. C. Temple, a businessman and citrus grower (for whom the Temple orange was named), and W. C. Comstock, a wealthy grain merchant. Blackman’s wife, Lucy Worthington Blackman, wrote a 1935 FAS history, noting that its list of early leaders “sounds like a ‘Who’s Who’ of Florida” including “two presidents or ex-presidents of the United States, three governors, two bishops, two college presidents, two well-known clergymen, six writers of widely-read books, two judges, four editors, three famous ornithologists, and two scientists…”

The governors included W.D. Bloxham, of Florida, and conservationist Theodore Roosevelt of New York. Three years after FAS’ founding, Roosevelt, then the U.S. president, created the nation’s first wildlife refuge to protect birds from plume hunters. The Pelican Island National Wildlife Refuge, located near Sebastian, remains a testament to efforts to save Florida’s birds. Roosevelt wrote: “I do not understand how any man or woman who really loves nature can fail to try to exert all influence in support of such objects as those of the Audubon Society.”

The most strident Florida bird advocate was Mary Barr Munroe, of Coconut Grove, famous for shaming anyone she found wearing bird-plumed hats. “It was not unusual for women to be reduced to tears, whether of anger or humiliation or repentance, and several were known to have taken off their hats and destroyed their aigrettes” after such an encounter, wrote Lucy Blackman.

Public education, bird protection laws, and a change in women’s fashions (prostitutes began wearing plumes and large hats were hard to wear in new car models) eventually ended the wholesale slaughter of Florida’s birds. On the front lines in the early battles were FAS founders who channeled their passion into creating the first public effort in Florida to save birds. As the century progressed, Audubon’s interests would expand to protecting and preserving all of the state’s complex and intricate flora and fauna and ecosystems—the Audubon we know today. And it all began in a Maitland living room…

Leslie Kemp Poole is an associate professor of environmental studies at Rollins College and the author of two historical books, Maitland and Saving Florida: Women’s Fight for the Environment in the Twentieth Century. Her reporting for the Orlando Sentinel was nominated for a Pulitzer Prize.

Your ticket for the: The Origins of the Florida Audubon Society