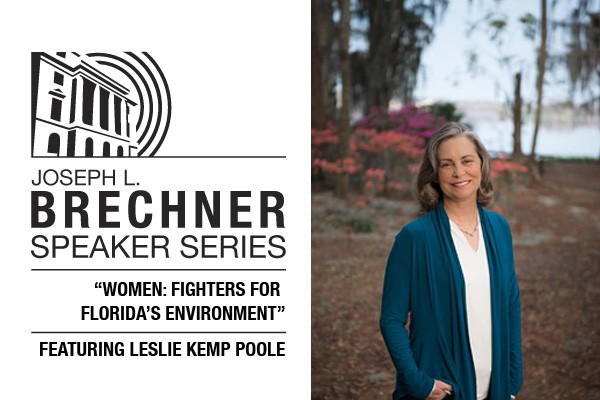 Historically, Florida has been known for its natural beauty, but it’s also widely joked that the state’s official bird should be the construction crane. In reaction to the air pollution, dredge-and-fill projects, and pesticides that spread across Florida during the 20th century, an environmental movement rose up, often led by women who shaped how the Sunshine State reveres its rich natural resources. These women set the foundation for the present century’s environmental agenda, which came to include the idea of sustainable development. As a collective force, they forever altered how others saw women’s roles in society.

Leslie Poole is assistant professor of environmental studies at Rollins College and the author of Saving Florida: Women’s Fight for the Environment in the Twentieth Century, which focuses on female activism that had an impact on issues from parks to water quality to endangered species.

Our 2019 series is presented in partnership with the League of Women Voters of Orange County, Florida, celebrating its 80th anniversary this year. This series honors the late Orlando journalist and freedom-of-information advocate Joseph L. Brechner. All programs take place from 2 to 4 p.m. in the Chapin Gallery on the fourth floor of the Orange County Regional History Center and are free. The History Center is offering free-parking validation for this event.

Your ticket for the: Brechner Series with League of Women Voters – Women: Fighters for Florida’s Environment