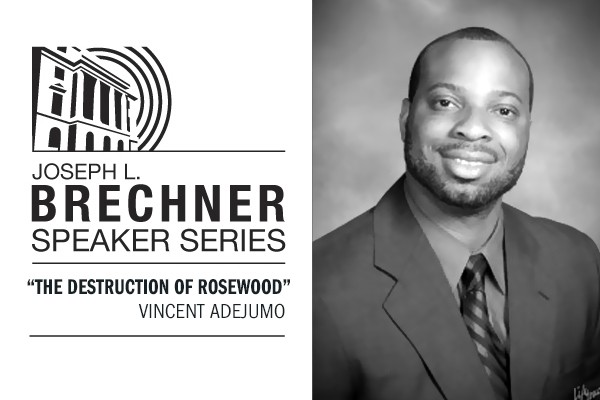 Vincent Adejumo of the African American Studies Program at the University of Florida examines Rosewood, a predominantly black Florida community destroyed in 1923 during a racially motivated attack, and other majority-black cities in Florida, within the context of group economics and how that tradition among African Americans was destroyed.

Register for Event: Brechner Series: The Destruction of Rosewood – Postponed

Your ticket for the: Brechner Series: The Destruction of Rosewood – Postponed