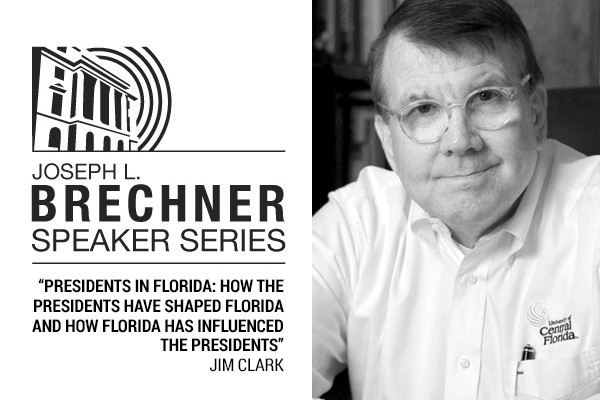 Join Jim Clark of the University of Central Florida history faculty and author of “Presidents in Florida: How the Presidents Have Shaped Florida and How Florida Has Influenced the Presidents” for an informative and entertaining review of the Sunshine State’s presidential past.

Your ticket for the: Brechner Series: Presidents in Florida