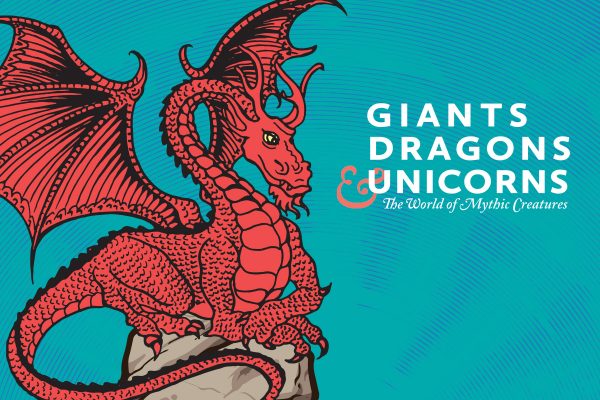 Organized by the American Museum of Natural History in New York, Giants, Dragons & Unicorns: The World of Mythic Creatures features unique cultural objects to highlight the surprising similarities and differences in the ways people around the world envision and depict mythic creatures. The exhibition includes models and cast fossils of prehistoric animals to investigate how they could have – through misidentification, speculation, fear, or imagination – inspired the development of several legendary creatures. For example, visitors will discover how narwhal tusks were believed to be magical remnants of unicorn horns, how dinosaur fossils may have been mistaken for the remains of griffins, and how tales of sea monsters may simply have been fisherman’s tales of real creatures such as the oarfish and giant squid.

Your ticket for the: Giants, Dragons & Unicorns: The World of Mythic Creatures