In Orange County, we truly have Christmas all year long 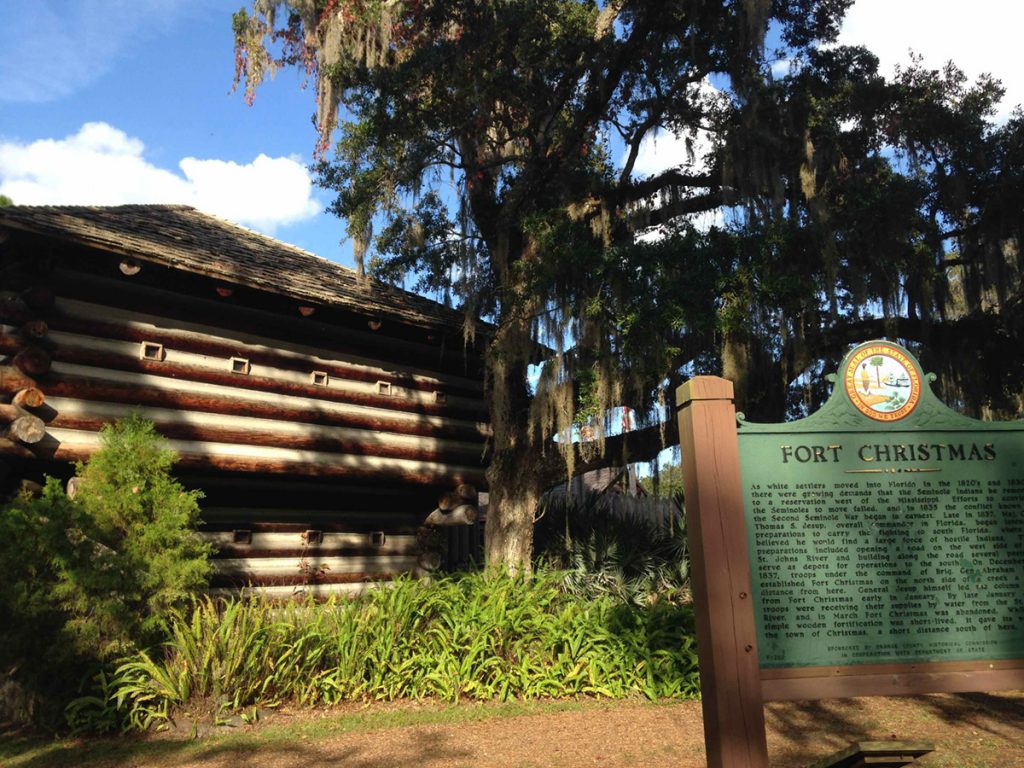 Here’s an often-asked question in the Central Florida area each December: How did a crossroads on the palmetto prairie of far-east Orange County — the tiny community of Christmas, Florida — become a kind of far southern branch of North Pole central?

The story goes all the way back to the Second Seminole War and to 1837. People in the area that’s now Orange County were few and far between then, in the days when Orange was still big Mosquito County. The 1840 census lists a total of only 73 people. So we have a visitor – Capt. Nathan S. Jarvis – to thank for almost everything we know about the origins of Christmas, Florida.

Jarvis was an Army surgeon who kept a journal during the war. Copies are at the Fort Christmas Historical Museum. When he arrived in St. Augustine by steamboat in June 1837, he wrote that he found a frontier society full of soldiers exhausted from fighting malaria as well as the Seminoles, an elusive enemy who excelled at wilderness warfare and were fighting for their homes.

In October, the doctor witnessed one of the most famous events in Florida history: the capture of the legendary warrior Osceola, who had come to the Army camp under a white flag of truce.

In mid-December, Jarvis found himself with troops deep in the Florida interior. They passed deserted Seminole lodges and an old Seminole town and crossed the Econlockhatchee River on Dec. 21, 1837.

December 22 was “delightful mild as September in the North,” Jarvis wrote, but Dec. 24 was cold and rainy.

On Christmas Day, the soldiers reached their destination, a pine barren on what is now Christmas Creek. They began building a stockade — 100 feet square, with four sides made of upright 18-foot pine logs, sharpened at the top. Inspired by the date, they named the place Fort Christmas.

The soldiers had no tree or trimmings, of course, but a few days after Christmas, they did get a good meal when a scouting party turned up five cows. The rangy animals were probably pretty chewy but a welcome change from the soldiers’ diet of salty dried meat and the occasional gopher tortoise.

In just a few days, most of the troops were ordered to move on, deeper into Florida, and it wasn’t until about 1860 that a family arrived in the area that would become synonymous with the history of Christmas.

John R.A. Tucker came to Fort Christmas at a very early period,” William Blackman wrote in his 1927 history of Orange County. Tucker “went into the business of raising cattle and hogs, and also the citrus business, which was quite a novelty at that time. In both lines he was successful,” Blackman wrote.

The only means of travel was by oxcart or on horseback, and the Tuckers’ home was a kind of stopping-place for travelers.

It was Juanita Tucker who really “got the community together. She was good at that,” her son Cecil A. Tucker II noted in an interview in 2008. “Anytime that people had a need, she would find some way or someone to help out.”

“The post office was always the one place people could count on to get information and help,” Juanita Tucker once said. “That’s what made it such a wonderful job. There were so many ways I was able to help people that had nothing to do with the post-office business.”

About 1937, the Tuckers moved postal headquarters to a one-story white-frame building with a small porch. When what’s now State Road 50 was widened to four lanes, the 1937 post-office building was moved from its original site on the south side of the road to the north side, where it still resides in a peace garden at Colonial Drive (S.R. 50) and Fort Christmas Road.

Asked what he would most like folks to know about the community of Christmas, Cecil Tucker II didn’t mention his family, called “legendary” in Florida ranching lore. In a state where people consider themselves old-timers if they’ve been here since 1960, the Tuckers have a hundred years on them. What he talked about instead is the spirit of Christmas, in both global and local aspects.

“This community has a spirit of helping each other,” Tucker would say. “If any place has the Christmas spirit, this is it.”

Your ticket for the: In Orange County, we truly have Christmas all year long

In Orange County, we truly have Christmas all year long