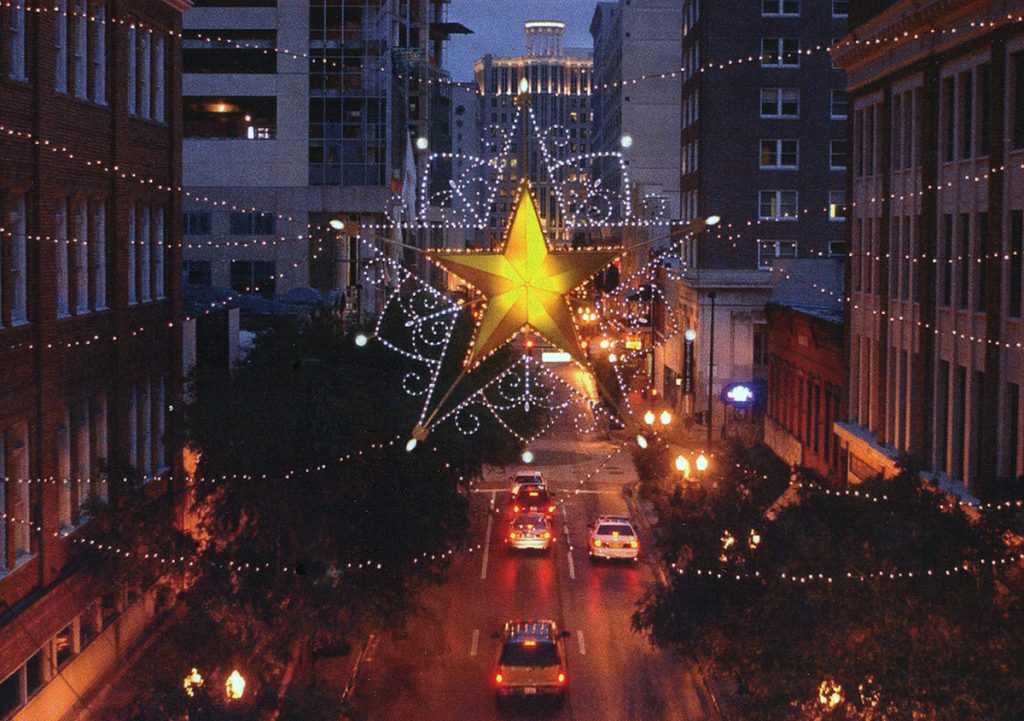 The holiday season in downtown Orlando is a familiar sight. Lamp posts are adorned by wreaths tied with red ribbons and Lake Eola’s oak trees face competition as an enormous 72-foot Christmas tree lights up the park. But perhaps one of Orlando’s most iconic holiday decorations is the yellow Christmas star that illuminates the intersection of Orange Avenue and Central Boulevard each year.

Downtown was once a bustling retail scene attracting customers from all over Central Florida. Two of Orlando’s most prominent department stores, Dickson & Ives and Ivey’s, dominated the corners of Orange Avenue. In December of 1955, the stores set aside their rivalry and joined forces in the name of holiday spirit to brighten the street.

Dickson & Ives’ owner Wilson Reed teamed up with Ivey’s to suspend a giant, yellow seven-foot star between their two buildings. Over 600 lights surrounded the steel frame, which the Orlando Sentinel described the following year as “the most impressive holiday decoration in Central Florida.” Some imaginative citizens have even referred to the star as the “Christmas Spider,” because of the web-like strands of lights that extended out from it.

But as the era of shopping malls began to rise in the 1960s and 1970s, the downtown retail district became less popular and it’s unclear how long the Christmas star remained grounded during this period of decline. The star would have fallen into oblivion if it weren’t for the efforts of Jack Kazanzas, who wrote to the Orlando Sentinel in 1982 expressing interest in bringing the decoration back to life. Kazanzas led a group of downtown merchants advocating for the creation of a new and improved star to take the place where the 1955 version had once hung.

Designed by Bob Galler (who is also known for crafting Ronnie’s restaurant sign), the much larger star went through a series of tests to ensure that all 600 pounds of its glowing grandeur could safely hang between the two buildings. The new star made its debut in December of 1984 at an impressive 10 feet wide and 10 feet tall.

Kazanzas helped ensure the holiday tradition was kept alive when it appeared that the star was again heading towards retirement in 1998. He convinced Mayor Glenda Hood to save the star after city officials decided that it was too worn down to display. He even raised money to have the star refurbished after the holiday season. The decoration received another restoration in 2005 when Cindy White designed a new light display to surround the yellow plexiglass star.

In 2010, the star was rewired and strung with 4,000 LED lights. However, its number one fan was not there to see the ornament ascend to its familiar spot. Jack Kazanzas passed away in August of that year, shortly after the city issued a proclamation naming the holiday icon the Jack Kazanzas Christmas Star. The spirit of Kazanzas lives on as the star illuminates Orange Avenue each year, serving as a reminder that the actions of one dedicated individual can brighten the lives of many others. 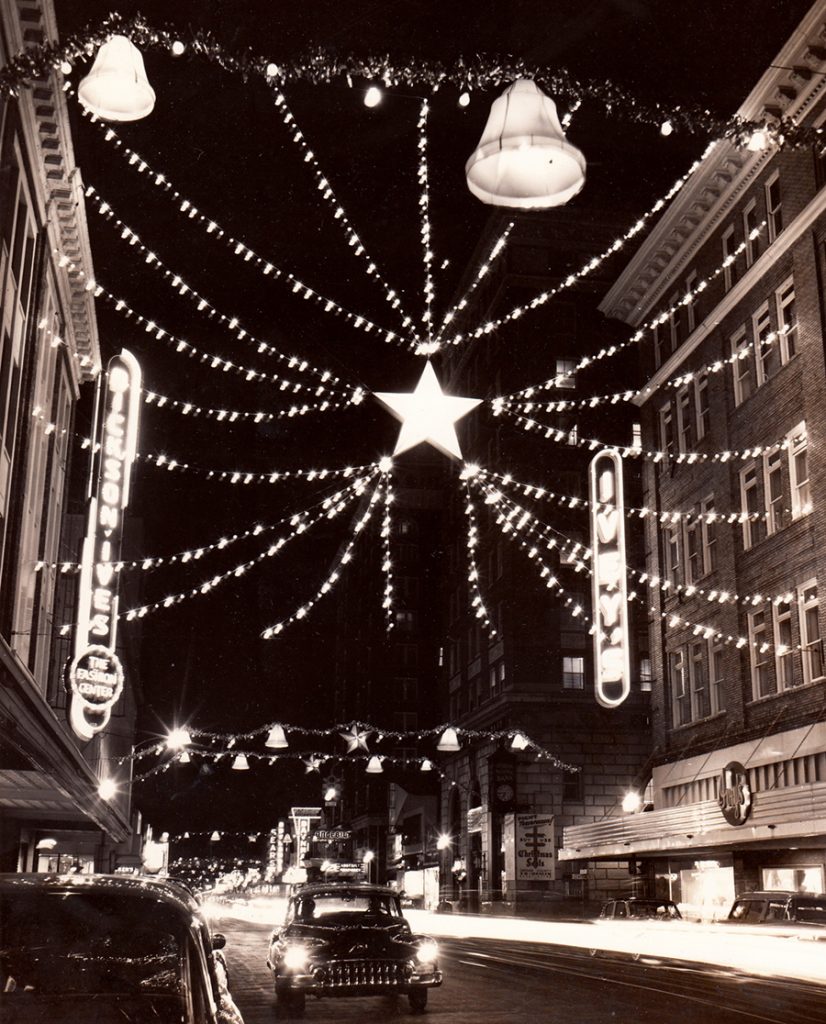