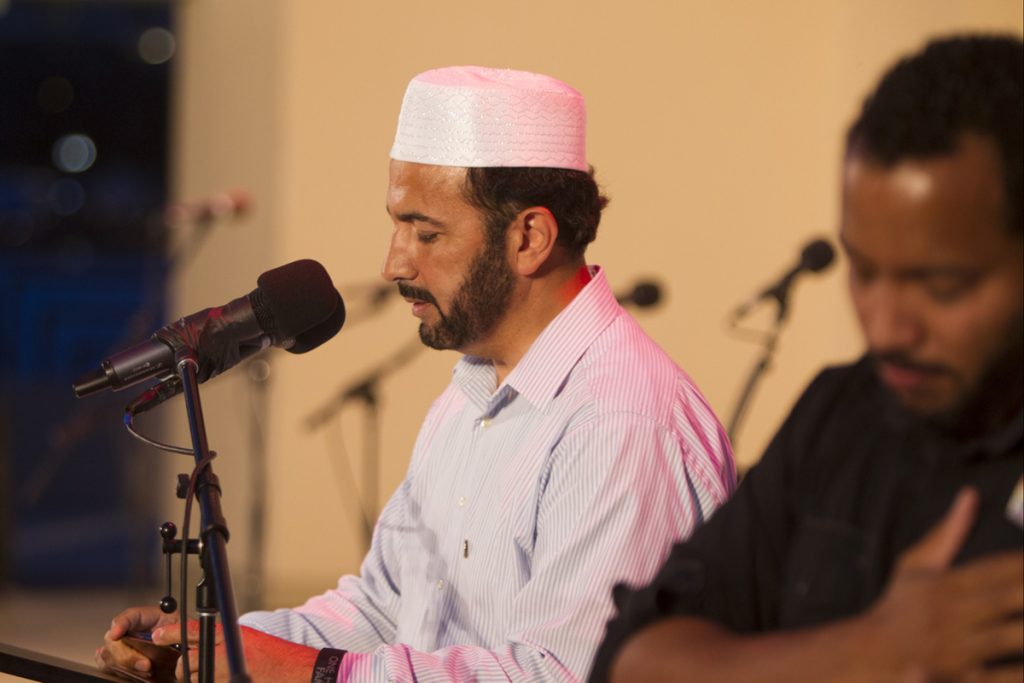 This is part one of two focusing on religious response to the Pulse nightclub shooting and featuring oral histories from the History Center’s collection.

Much of Central Florida’s faith community responded following the Pulse nightclub massacre on June 12, 2016. Muslim leaders in the city, such as Imam Muhammad Musri, wanted to support the LGBTQ+ and Orlando communities. Musri grew up in Lebanon and immigrated to the United States in the 1980s, settling in Orlando in 1993. He was a critical proponent in creating the Interfaith Council of Central Florida following the terrorist attacks of September 11, 2001, also facilitating the Muslim response within Orlando to this national tragedy. In addition to Muslim leaders’ desire to support the LGBTQ+ community in the aftermath of Pulse, they also needed to protect the Muslim community, who faced several threats following the massacre due to the shooter’s self-identification as Muslim.

The Muslim community has faced considerable discrimination in the United States following terrorist attacks across the globe, such as 9/11 or the Manchester bombing in England. The weeks following the Pulse nightclub massacre were no different. Threats and mistreatment against the Muslim population have become so commonplace that Muslim leaders such as Imam Musri have created a threat scale dictating how Muslim community members should react in certain situations. Categories 1, 2, and 3 are minimal, requiring no action or, at most, addressing the issue with an employer or manager. Category 4 involves police action, especially when Muslim community members are being threatened at home. Category 5 is allocated to bomb threats, usually in association with someone threatening to bomb a mosque. Following Pulse, Imam Musri saw an increase in category 4 threats to the Muslim community in Central Florida. Discussing how he worked to keep his community safe, Imam Musri stated that,

“We were getting a lot of threats. You know, I’m getting security at our mosques and different mosques, calling and saying, ‘We’re getting this threat, we’re getting that threat.’ Like, you know, I’m trying to help them, guide them. How do we respond to this? How do we respond to that?. . . The police were stretched to the limit because there were, you know, hundreds of them down at the site between Orlando Police and Orange County Sheriff’s Office, the Highway Patrol, the FBI, and it’s a major crime scene, and you need a lot of people.”

Even while receiving dozens of threats following Pulse, the Muslim community showed up for the LGBTQ+ community in their time of need. Imam Musri responded to requests for interviews with global news outlets, assisted city leadership at the scene, and helped organize an interfaith memorial event at Orlando’s Dr. Phillips Center for the Performing Arts. Other leaders opened up their mosques for interfaith prayer services and shared their Ramadan feasts. Visiting Islamic scholars such as Imam Azhar Subedar, one of several scholars rotating through different mosques in Florida, stayed in Orlando longer than planned in order to assist with the aftermath of the shooting. Imam Subedar recalled an encounter with a non-Muslim community member who questioned if Islam had a connection to the shooting, and remembered saying,

“It had nothing to do with Islam. That’s the bad thing about it. We’re in the holy month of Ramadan. There’s over 30 mosques in Central Florida. There’s over 281 Muslim physicians, some of whom are actually in the hospitals right now doing overtime shifts with the victims. Right? You’re telling me that in the holiest month, in our holiest time of devotion, we needed someone to come from Fort Pierce [home of the Pulse shooter] to teach us how to practice our religion? It has nothing to do with Islam. If Islam was about killing and we pray 5 times a day, we should be killing 5 times a day also.”

Muslim leaders found themselves having to justify their support of the local community, especially with members of the media. Imam Subedar described being interviewed for a documentary with a prominent member of the LGBTQ+ community, and how the interviewer challenged Imam Subedar’s religion throughout the interview because of the Pulse nightclub shooting. Members of other Orlando organizations were slated to be interviewed for the same documentary but refused when they heard about Imam Subedar’s negative experience, coming to the imam’s aid in defense of his religion and further strengthening the idea of “One Orlando.”

While there were negative experiences, not all interactions were like this one. Others offered up understanding, hope, and light. Muslim support in the wake of Pulse was important and provided extra opportunities to broaden interfaith work throughout the Orlando community.

Your ticket for the: Muslim Community Response to the Pulse Nightclub Shooting