by Michael Perkins from the Summer 2017 edition of Reflections Magazine

To get a sense of the personality, wit, and wisdom of Dubsdread founder Carl Dann Sr., you need only pick up a copy of the memoir he published in 1929 titled Vicissitudes and Casathropics. (As an aside, a free lunch to anyone who can find an accurate definition of the word “casathropic.” Just look.)

Born in Orlando in 1885, Dann worked at a variety of jobs from the time he was 12 years old. He delivered milk and packages and even caddied at an early golf course built around Lake Eola. In the early 1910s he began working in real estate and soon built a large empire, making his fortune during the land boom of the 1920s. By 1925, he owned the largest real estate management business in the area. 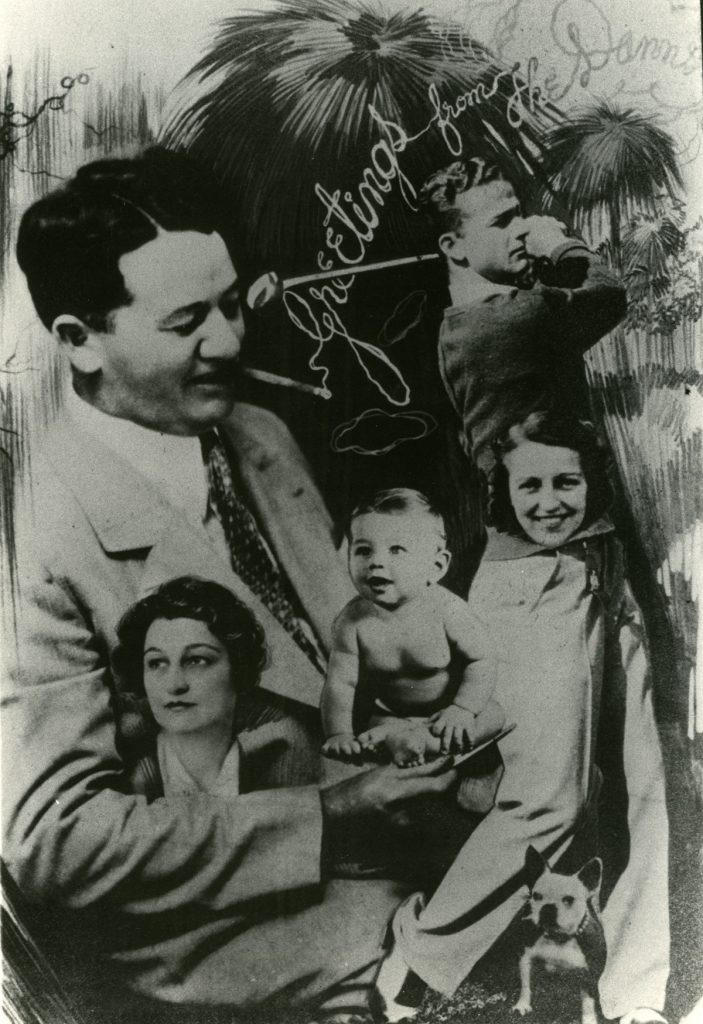 Vision in the boonies

Dann apparently decided to build a golf course after he had a falling out in 1923 with the Country Club of Orlando, which had opened the city’s first, private golf course around 1912.

“The exact nature of the squabble remains in dispute, but legend suggests it centered on the club’s discomfort with serious wagering,” Larry Guest wrote in the Orlando Sentinel in 1987.

According to Guest, Dann had no trouble gaining support for his new club. One Monday morning he walked along Orange Avenue seeking $1,000 pledges for his vision. By noon he had at least 100 founding members, the story goes.

He had his share of critics. The site Dann chose at Par Avenue and what’s now Edgewater Drive, then called the Old Apopka Road, was considered far outside Orlando in the 1920s. The land had been the site of either a hog farm or a pineapple grove. In addition to the golf course, Dann created residential lots and streets with golf-themed names such as Niblick Avenue, Putter Street, Brassie Drive, and Mashie Lane. Many skeptics questioned his decision to build the course and adjacent homes so far away from the center of town. 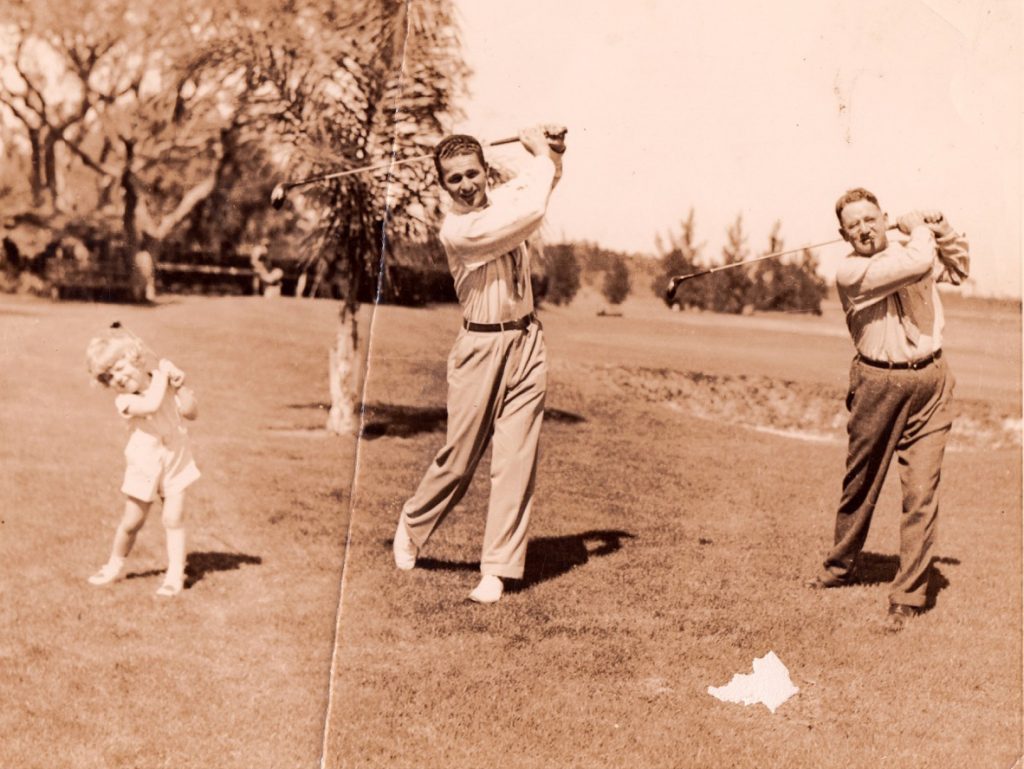 The dread of the dubs

Undaunted, Dann pushed on. According to legend, he designed the course himself in 1924, with the help of friends who walked the land with him and hit golf balls to help create the layout. He named the course by combining the term used for novice golfers, “dubs,” with the “dread” that poor players might find in its challenges. 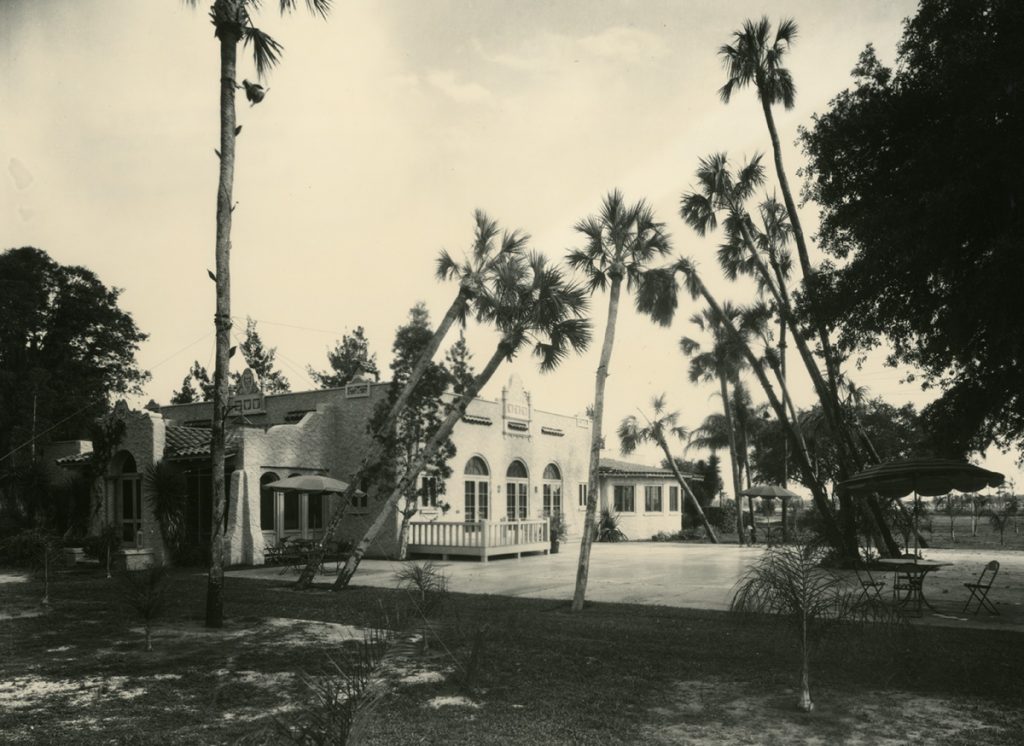 Home of wagers and legends

Dubsdread immediately became a popular hangout for the rich and famous. Professional and amateur golfers and gamblers made their home at the course, and often hundreds or even thousands of dollars were exchanged on the course during a single match.

Much of the gambling was done by spectators. At popular matches, members of the crowd would drive their cars on the course, following the match hole-by-hole, with money exchanging hands through open car windows as bets were decided.

In 1931, Dann gave the golf course to his son Carl Dann Jr. as a wedding gift (the elder Dann died in 1940). Even during the Great Depression of the 1930s, Dubsdread hosted more than its share of action, with slick golfers and card sharks hanging out at the clubhouse and willing to bet on almost everything.

During World War II, Dubsdread became a social club for officers stationed at Orlando Army Air Force Base (part of which is now Orlando Executive Airport). Regular dances, socials, and cocktail parties entertained the troops and locals throughout the war as the pilots trained at the base for duty overseas. Long-time Orlandoans still remember pilots buzzing the course with their huge B-17 bombers and then coming back in the evening for a dance.

Following World War II, the golf course hosted a variety of sports legends. Carl Dann Jr. – a fine golfer and five-time Florida State Amateur Champion – organized the Orlando Open and Mixed Two Ball, pitting a two-person team of one man and one woman against another.

Bisplinghoff in particular became a golf prodigy, winning the 1948 Orlando Open at age 13. He qualified for the U.S. Amateur at age 15 and regularly played big-money matches at Dubsdread by the time he was 17. Bisplinghoff “could have been the best player who ever walked the earth,” one pro golfer told the Orlando Sentinel in 1987. “But he loved to gamble and eat. That was his downfall.” In the end, the prodigy’s brief stint on the pro tour was unsuccessful.

Ownership of Dubsdread remained in the Dann family until the City of Orlando purchased it in 1978. The course has seen a variety of changes over the years, almost all of which resulted in making the course shorter to allow for more residential growth.

Today Dubsdread is a thriving course, but little remains from the original layout that innovator and developer Carl Dann Sr. cut out of the woods in the wilderness outside Orlando in the 1920s.

Your ticket for the: Carl Dann’s Dubsdread