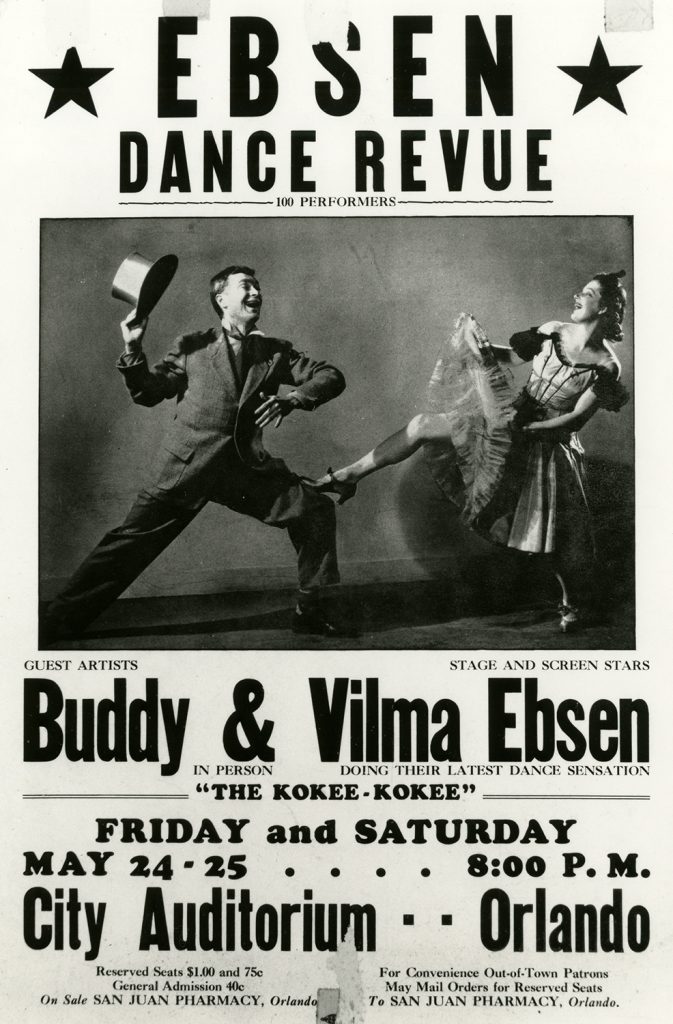 Nearly three months after arriving in New York City with only $26.65 in his pocket, Buddy Ebsen landed his first role in Florenz Ziegfeld’s musical comedy, “Whoopee!” in October 1928. Vilma Ebsen joined the production a year later and performed alongside her brother until the show closed in Cleveland in February 1930. During the summer of 1930, Buddy and Vilma’s energetic choreography to “Ain’t Misbehavin’” in Atlantic City brought the Babette Club’s sold-out audience to their feet and caught the attention of Walter Winchell, an influential Broadway critic and columnist.

Winchell’s rave review in the New York Daily Mirror propelled the Ebsen’s into the spotlight. After five years of vaudeville acts and Broadway performances, the brother-sister duo found themselves in Hollywood. Despite the success of their film debut in “Broadway Melody of 1936,” the studio separated Buddy and Vilma. Though heartbroken, Buddy remained in California while Vilma returned to New York. Vilma later moved back to California and opened the Ebsen School of Dancing in Pacific Palisades. But not before the duo hit the stage as a team at least one more time, which included this two-night performance in May 1940 at Orlando’s City Auditorium.

Your ticket for the: Ebsen Dance Revue