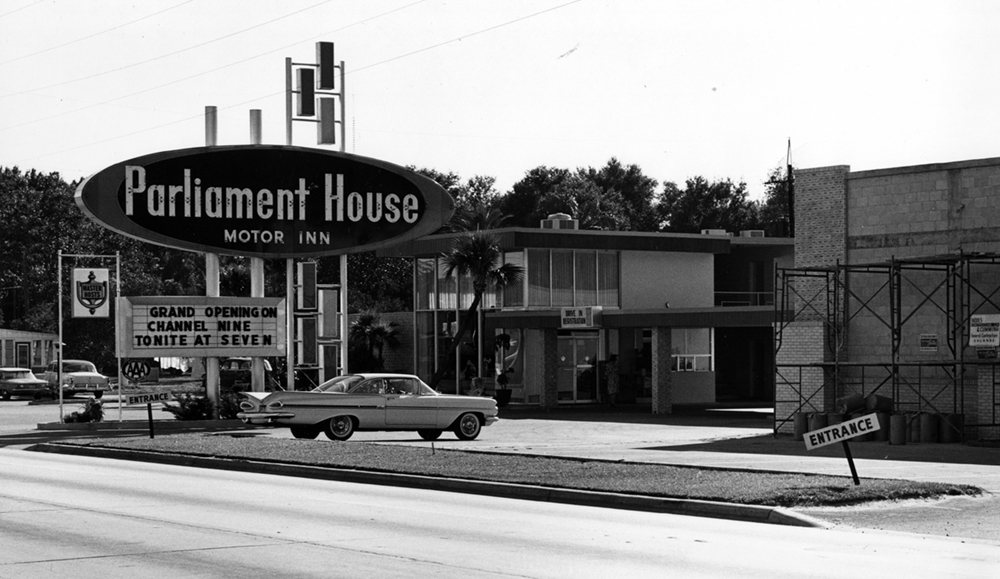 This is part one of a three-part blog series in which we’ll share experiences of a few popular Central Florida gay bars through the lens of oral histories in the collection of the Orange County Regional History Center.

In January 2021, a long-standing bastion of Orlando’s gay community was torn down after shuttering in November 2020. For more than forty years, Parliament House had provided a safe and welcoming environment for LGBTQ+ people to meet and be themselves at 410 N. Orange Blossom Trails. Although it had been declining in popularity by the time it closed, for its patrons it retained a reputation for strong drinks, exciting entertainment, and a seasoned crowd. Hip-Hop Nights on Tuesdays and Latin Nights on Thursdays added to the allure.

The complex that became Orlando’s Parliament House or PH (never P-House, say its veterans) originated as the first location in the Parliament House Motor Inn chain and opened in February 1962. In 1975, as the chain was failing, entrepreneurs Bill Miller and Michael Hodge purchased the property and turned it into the Parliament House Resort. While it is mostly remembered by those who went there for its shows and night-time festivities, it also hosted theater productions too queer for the mainstream, especially during its early years.

Scott Robert, a local DJ who regularly worked at the resort in the mid-2010s, reminisced about the environment.

Scott Robert on the Parliament House

“Parliament House at the time was, and was until it closed, very charming. Very different. Especially if you were in your 20s, it was still the place where a lot of the old people – older, not old people, older people, more seasoned people – were. But it wasn’t a scary place. It was still magical in its own right.”

At Parliament House, Ronald Padron first saw drag queens his age in the early 2000s, while he was in college. He recalled this experience.

Ronald Padron on the Parliament House

“Parliament House is where I saw more folks my age performing. And I don’t think I knew any of them personally, like I maybe knew some of them through similar circles and stuff like that, but I was still kind of shy, kind of sensitive being in those spaces.
But I just remembered that it was the first time that I saw my generation, like people my age, kind of stepping into these roles and stepping into these spaces and these performances and these celebrations of authenticity and artistry and stuff like that. And that was something that was always super important to me about Parliament House, which is being able to go there and see – well, it was just a chill space for me, and just seeing the performances was always very uplifting.”

Beyond the performances, the very culture of Parliament House also spoke to him. “Walking into Parliament House let me take off the mask,” he said. While PH meant many things to many different people, this observation seems to resonate throughout many individuals’ memories. It was a place where LGBTQ+ people could be themselves.

On July 29, 2021, Parliament House announced that it would be making a triumphant return with plans to reopen in downtown Orlando at 29 S. Orange Avenue. We look forward to seeing what this new era of an Orlando institution has in store. 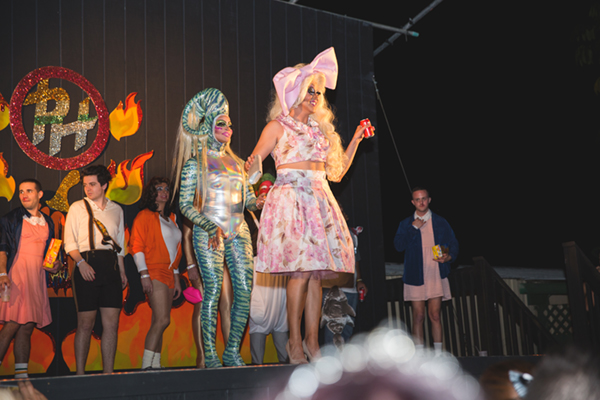 Your ticket for the: Parliament House: New Future for an Old Favorite