The Wells’Built: Rich Echoes of the Past on South Street 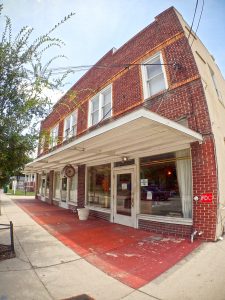 Some folks say that earthly places can absorb the energy of the things they’ve witness and experienced – can soak it right into the molecules.

If that’s true, the area around 511 W. South Street in Orlando must be saturated with the sounds of blues and jazz music, America’s great, original art form.

That’s the address of the two-story brick hotel Dr. William Monroe Wells opened in 1929 on South Street near Division Avenue – a names long associated with the dividing line between white and Black Orlando.

During the days of legalized segregation, it was very hard for Black travelers to find accommodations, and Wells, one of Orlando’s first African American physicians and a business leader in the community, wanted to remedy that.

He obtained a building permit in 1926, just as Florida’s Jazz Age land-boom was collapsing, taking many drawing-board projects into oblivion. Thankfully, that was not the case with Wells’ hotel, which debuted to great success in 1929. 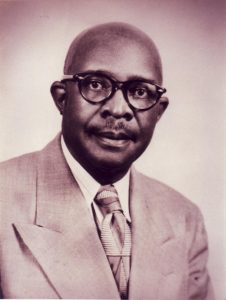 But let’s not forget about the music.

Next to the hotel during its heydays in the 1930s through the 1950s, the South Street Casino night club (later called the Quarterback Club) presented some of America’s top musical talents, who stopped to entertain as they traveled the South on what’s been called the Chitlin’ Circuit.

In recent years, the clubs on the circuit have been portrayed in movies including “Green Book,” starring Mahershala Ali, and “Ray” (2004), starring Jamie Foxx.

Ray Charles, Cab Calloway, Count Basie, Ella Fitzgerald, Lionel Hampton, Dinah Washington, and many more musical greats played or lodged on South Street, where they found a home away from home at Wells’ hotel, which was listed in the “Green Book” – the annual guide for Black travelers with information about lodging, restaurants, service stations, and other facilities where they would be welcomed.

In the 1990s, the former hotel became one of Central Florida’s historic-preservation success stories. Vacant since about 1970, it was brought to a new life by PAST Inc. – the Association to Preserve African American Society, History and Tradition – and the Trust for Public Land, with support from public and private grants. Renovations were finished in June 2000.  Geraldine Thompson, later a state legislator, led the effort as the founding president of PAST, INC.

Now, the doctor’s hotel – originally called the Wellsbilt – is home to the Wells’Built Museum of African American History and Culture. The Wells family home has been moved to the lot to the west of the hotel, once the site of South Street Casino, which was damaged by fire and demolished in the 1980s.

Both buildings have been designated official Orlando Historic Landmarks, and the museum building is also on the National Register of Historic Places.

Listen carefully as you drive down South; you may hear a whisper of the blues in the night.

Enjoy admission to the Orange County Regional History Center and the Wells’Built Museum  of African American History and Culture for just $10. Visitors to the History Center and the Wells’Built can purchase the joint ticket at either museum and can travel between them on the Grapefruit line of the free downtown LYMMO shuttle service (visit golynx.com). The joint ticket does not need to be redeemed on the same day for both locations and is valid for one year from date of purchase.

Your ticket for the: The Wells’Built: Rich Echoes of the Past on South Street

The Wells’Built: Rich Echoes of the Past on South Street