On Nov. 15, 1965, a press conference held in the Egyptian Room at the Cherry Plaza Hotel officially confirmed what many had already suspected: Walt Disney Productions was expanding its wildly popular company to Central Florida, purchasing thousands of acres in both Orange and Osceola Counties.

Joined by Governor Haydon Burns and company co-founder Roy O. Disney, Walt Disney himself made his first and only public appearance in Orlando to discuss his company’s newest venture: what they called “The Florida Project.”

A month earlier, the Orlando Sentinel broke the story that Disney had been quietly buying land under various front corporations, with a headline reading, “We Say: ‘Mystery’ Industry Is Disney.” Much like Disneyland, which opened 10 years prior in Anaheim, California, it was speculated that the new project could bring in millions of visitors annually and have a profound effect on the local economy.

The Disney brothers arrived at the Cherry Plaza via limousine to much fanfare, which included a welcome banner strung across Central Boulevard featuring Mickey Mouse and, inside, an ice sculpture of Donald Duck. The packed room was eager to learn about the plans; however, many questions would be left unanswered during this announcement.

Walt seemed to speak tentatively, not giving away specifics but suggesting that the details of the project would depend greatly on the company’s financial positioning and cooperation of the local government.

“This initial stage here has to top what we have, or at least be equivalent to what we have now, in California,” Walt said.

Soon after, the company opened its first official office in Florida, an entire floor in the Metcalf Building at 100 S Orange Ave. Unfortunately, Walt would not live to see his concept through completion, passing away in December of 1966. The company would ultimately have the funds and enough support from local municipalities to make the idea come to life, and the Florida Project would evolve into Walt Disney World, opening in 1971.

Original offerings included the Magic Kingdom park, two themed-hotel properties, a campground and a wide array of recreational activities. The resort would continue to grow in both size and impact, exceeding beyond what most present at the announcement that day would have ever imagined.

Today, although no longer functioning as the Cherry Plaza Hotel, the building that accommodated this monumental event still stands at 431 E Central Blvd. on the southeast edge of Lake Eola. Now part of the Post Parkside complex, the rooms inside the tower serve as individual apartments for downtown residents.

The Egyptian Room itself — once a host to gatherings ranging from concerts to holiday parties and fashion shows — closed in the late 1970s. Renovations have changed the space substantially since the Disney visit, as the wing housing the main room has been removed. Much of the first floor is currently occupied by World of Beer for those looking for the closest approximation.

There are no signs of the once-bustling meeting space, but here you can still step inside the building that played host to an important piece of history made in Downtown Orlando. 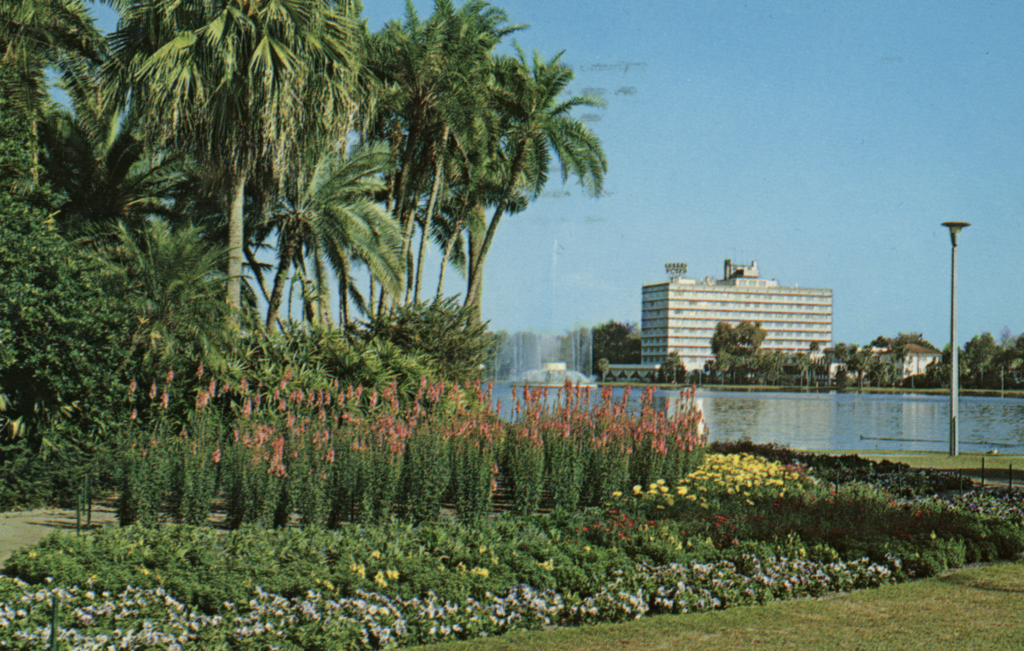 Your ticket for the: Disney Downtown: Walt visits Orlando