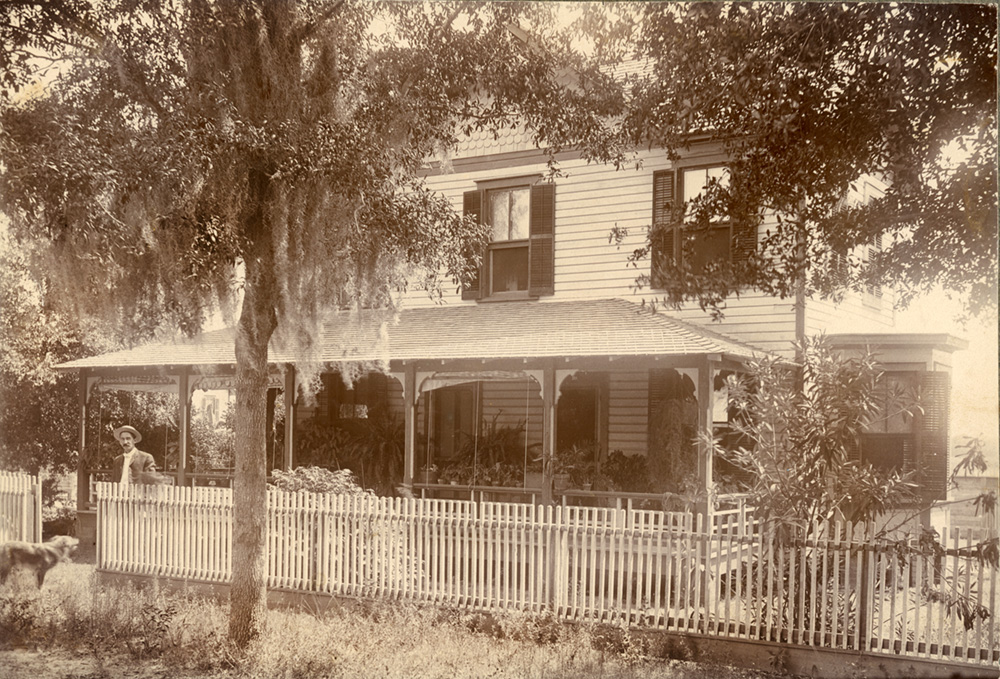 One of Orlando’s oldest and most elegant houses meets nearly all eligibility criteria for both the National Register of Historic Places and the list of Orlando Historic Landmarks, yet the S. A. Robinson house, built in 1885 on the east side of North Magnolia Avenue near Livingston Street, appears on neither one. With no protection from demolition, which would come with recognition as an Orlando Historic Landmark, the magnificent house is now endangered by encroaching modern development.

Samuel Austin Robinson, one of the city’s earliest residents, came to Orlando from Michigan in 1876 to help his brother set out a citrus grove in what is now Lake Eola Heights. Sam Robinson soon distinguished himself as one of Orlando’s most illustrious citizens. A civil engineer, he established a surveying practice in Central Florida and worked for seventeen years as Orange County’s surveyor. He also served as tax assessor and tax collector, alderman, school trustee, and city surveyor, in addition to two terms in the state Legislature. Robinson laid out Orlando’s downtown streets, and with J. Otto Fries, he surveyed the new Greenwood Cemetery. 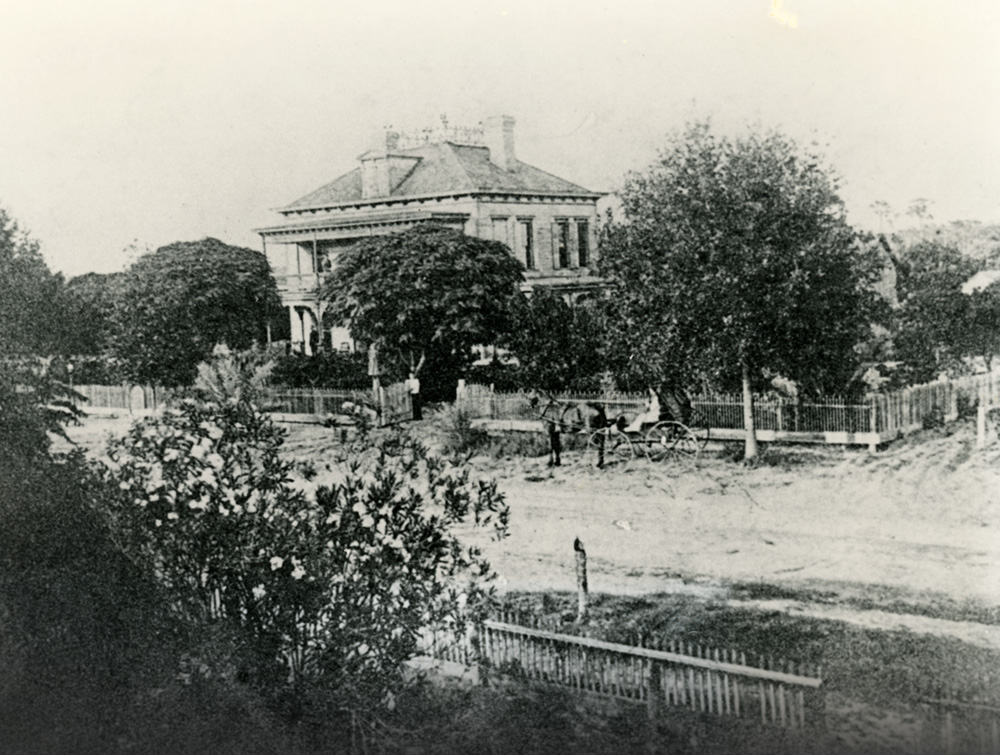 “One of the best in Orlando”

In 1885 Sam Robinson built one of the first houses in the Lake Eola Heights area. The Orange County Reporterannounced in December 1884 that Robinson would soon start construction of his house, noting that he would “have one of the best and most substantial houses in Orlando, having taken great pains to secure the finest grades of rare native lumber for the inside finish.”

According to Orlando historian Eve Bacon, Sam Robinson’s large Colonial-style frame residence “featured a gable and widow’s walk. It had famous plate-glass windows that puzzled the town because of their near invisibility. The only running water in the home was through a hose in the bathroom off the ground-floor master bedroom, which connected to the faucet on the back porch. At the time, its installation was considered almost grotesque modernity on the part of Mr. Robinson. Following a November 1890 fire at the “magnificent residence of S. A. Robinson, at Orlando,” the Pensacola News Sun confirmed that, “It was finished throughout on the inside with the finest of curly yellow pine.” The house was reportedly insured for $10,000.

Robinson obviously reconstructed whatever damage the fire had done, for the house today features the same widow’s walk, which he said he had built for stargazing with his daughters, and most probably the same footprint. The front façade, though, was changed at some time, possibly after the fire. An early, undated photograph shows the house with what appears to be the same front portico roof, covering at that time verandahs across the fronts of both stories, where now the roof is supported by four elegant columns, with a small balcony above the front door. 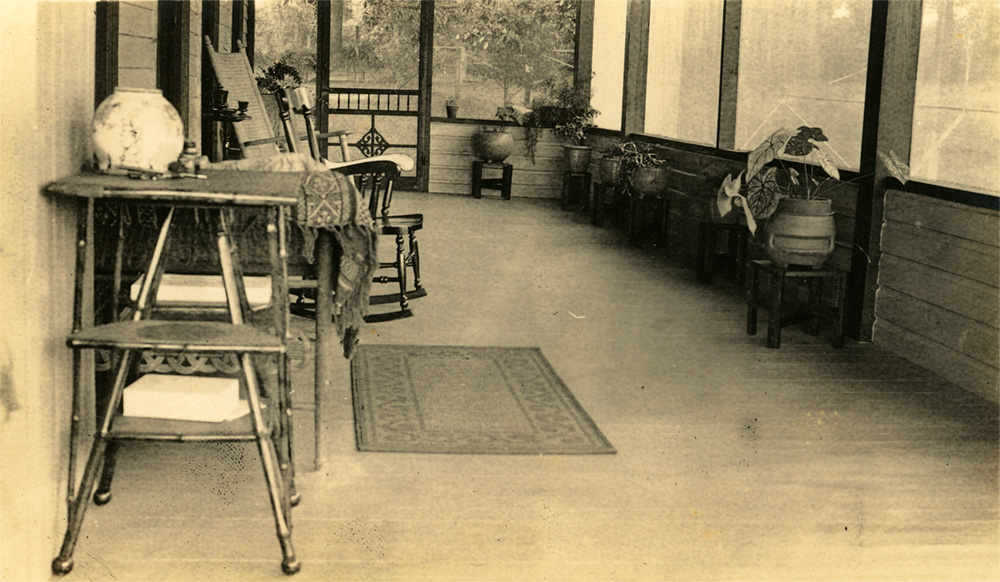 Sam Robinson sold the house in 1900. In 1920, T. C. Brannon, a citrus inspector, conductor on the Seaboard Air Line Railroad, realtor, and prominent Orlandoan, bought it and opened a boarding house, advertised as “The Magnolia.” The Broadway United Methodist Church was organized at a meeting in the house in 1922. Renamed “The Colonial,” it continued as a boarding house after Brannon sold it in 1934. In 1936, the Colonial Tea Room advertised in the Winter Park Topics: lunches, dinners, special parties, and rooms by the day or the week. The Orlando Sentinel society column praised the colonial atmosphere, furnishings, and architecture, and noted “the particular charm” of the house. A new owner in 1948 planned to open a twelve-room tourist hotel to be called “Magnolia Manor.” Offices and other agencies occupied the Robinson House after W. O. Daley bought it in 1954. The Daley family sold the house in 2015, and it is again listed for sale.

Today, Sam Robinson’s substantial residence, which fronted a vast orange grove in 1885, has become an imposing four-columned mansion on a heavily traveled downtown street. The oak trees that Robinson planted are all gone in this section of Magnolia Avenue, and many Orlandoans who pass every day have perhaps never noticed the beautiful and historically important house at 419 North Magnolia Avenue.

Your ticket for the: Historic Orlando House Threatened