Land of the Lost Attractions

Central Florida has long been a tourism hot spot where roadside attractions that have come and gone. Some, such as Cypress Gardens, loom large in Florida’s history, while others have been largely forgotten. Here’s a photographic look back at just a few. 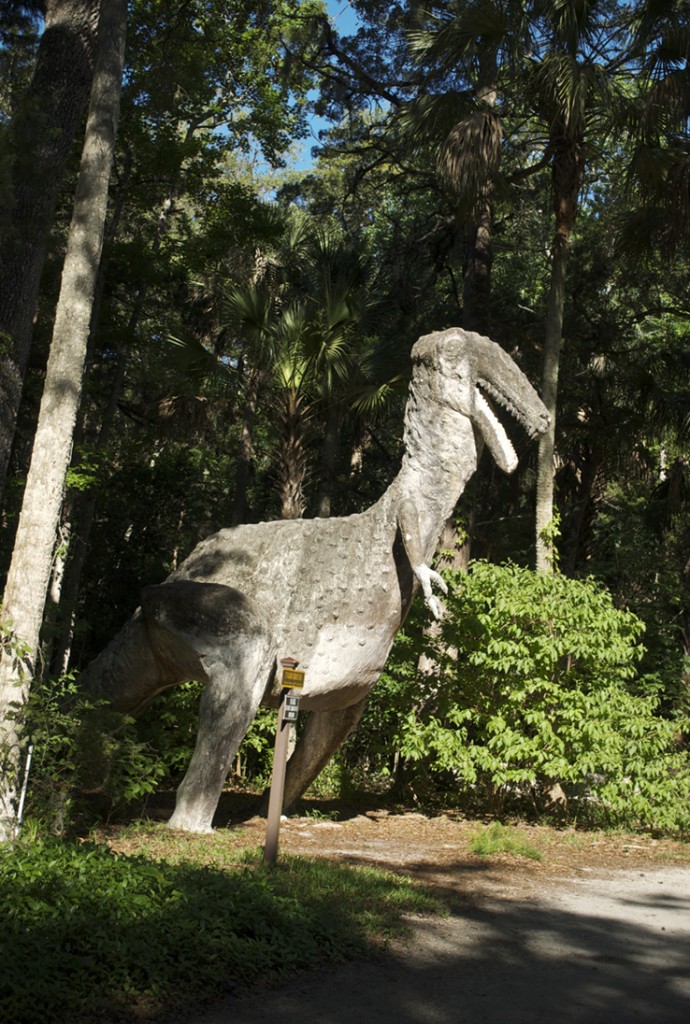 Operating in the early 1950s, Bongoland was ahead of its time for Florida roadside attractions. It featured a large Baboon named Bongo, an Indian Village, a small train and several prehistoric dinosaurs. Located at the site of the old Dunlawton Sugar Mill, the mini-theme park was perhaps too far off US 1 to attract the kind of numbers to stay in operation and it closed in 1952. Today the site is known as Sugar Mill Botanical Gardens and admission is free. Just watch out for the giant fungus covered dinosaurs! 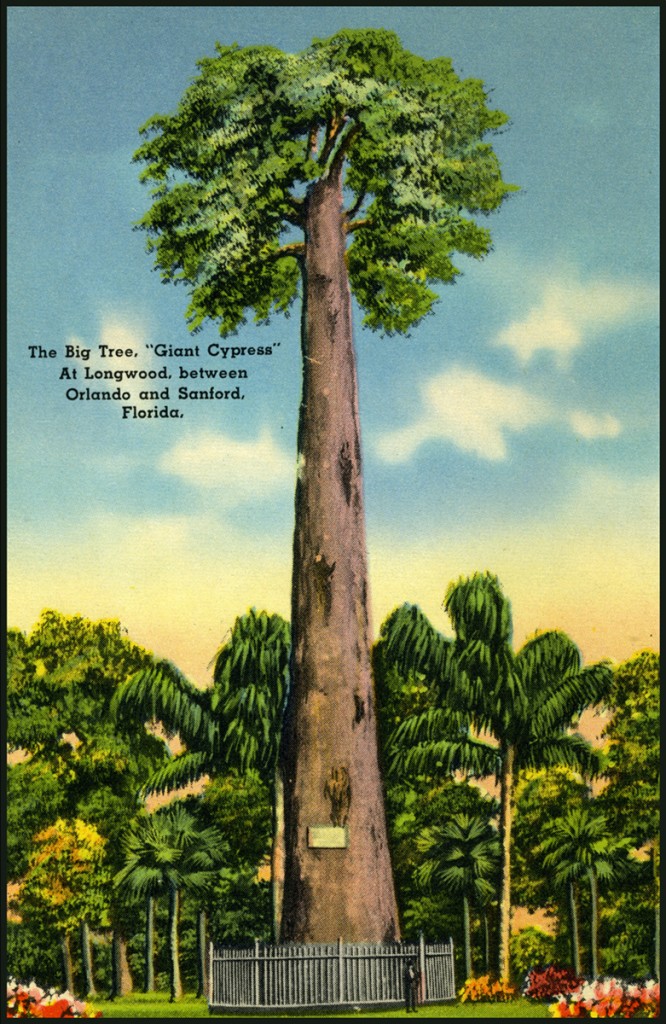 Longwood’s Big Tree Park was home to the Senator, once one of the largest and oldest pond cypress trees in the world until a fire in 2012. Named for state Sen. Moses Overstreet, who donated the park land in 1927, the great tree once stood at 165 feet. Its remains now stand only 20 feet tall, but the park has re-opened with a newly planted clone of the Senator called the Phoenix.

The Atomic Tunnel was the brainchild of W.R. Johnson who turned his 1950s bomb shelter into a tourist trap according to a history on the Vintage Roadside website. The Atomic Tunnel was renamed the “Tunnel of Fantasy” and then the “Tropicolor Fantasy.” In addition to featuring the attraction’s mascot, “Happy” the Walking Fish, other attractions included Smokey the monkey, Mac the macaw, a man-eating piranha, and dancing mice.

Midget City on U.S. Highway 17-92 between Orlando and Sanford was a small “mom and pop” attraction – a knee-high model of an imaginary American town. The attraction is known to historians mostly through postcards; it may have begun in Milan, Ohio, and was moved to Florida before 1950.

The Great Masterpiece, which opened in the early 1950s, featured a 300,000-piece mosaic recreation of Leonardo da Vinci’s “Last Supper” created in 1929 in Berlin, according to the website of the Masterpiece Gardens Retreat Center, which now occupies the attraction’s location. In the 1960s and ’70s, the park expanded, adding such features as a deer-feeding park and a sky ride over the 38-acre landscape. It closed in 1978; the mosaic mural was dismantled and is now in Greenville, S.C. 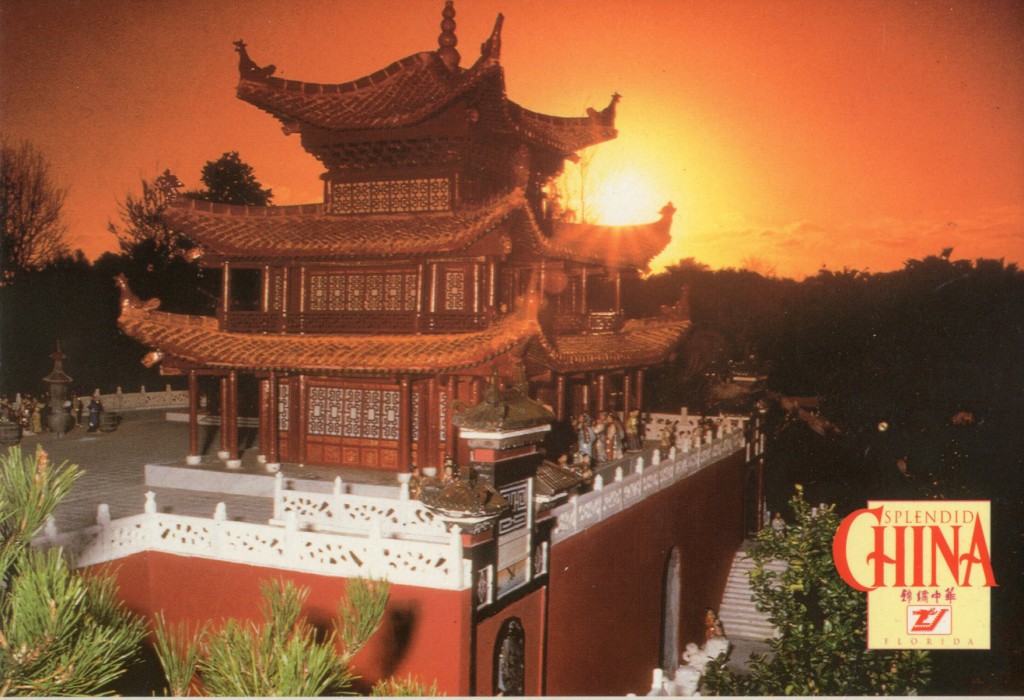 Splendid China, open from 1993 to 2003, was home to one-tenth scale replicas such as a four-story tall Leshan Buddha, a half-mile long Great Wall, and figures from the famed Terracotta Army created by the first emperor of China. Many of the replicas were hand-crafted. 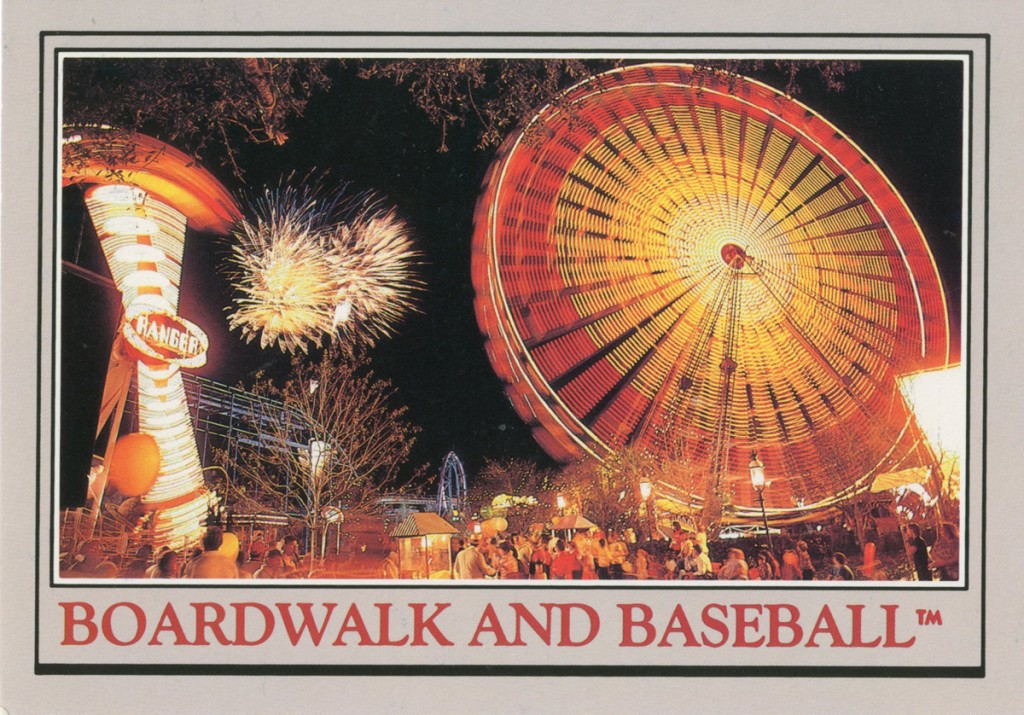 Circus World was built in 1973 by the Felds (then owners of Ringling Bros.) to combine circus-based shows and amusement park rides with new winter quarters for the Ringling Brothers Barnum and Bailey Circus. Boardwalk and Baseball replaced Circus World in Haines City but was only open from 1987 to 1990. The attraction housed Baseball City Stadium, which briefly became the spring training center for the Kansas City Royals.

• Weapons of the World, Winter Haven

• Xanadu: Home of the Future, Kissimmee

Learn about some of the area’s innovative, unusual, and sometimes short-lived amusement ventures at our February 7 Lunch & Learn presentation, “Fun While It Lasted.”

Your ticket for the: Land of the Lost Attractions

Land of the Lost Attractions