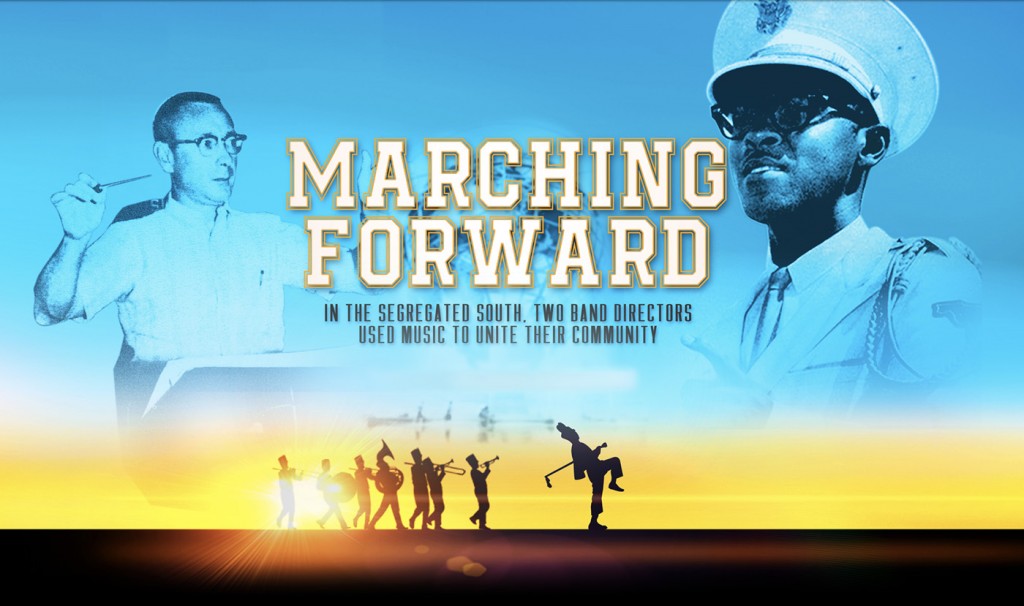 The recent winner of the Atman Award for Diversity in Film, “Marching Forward” deals with race relations in Orlando during the 1960s and how a love for music united the bands of two high schools: Jones and Edgewater.

The award-winning film was born during an honors class at the University of Central Florida, in which students conducted research and interviews, working with Lisa Mills, associate professor of film, and Robert Cassanello, associate professor of history. The two instructors continued work after the class ended, joined by additional students from the Department of Film and Mass Media.

The film spotlights the efforts of two dedicated Orlando high-school band directors — James “Chief” Wilson of Jones High and Delbert Kieffner of Edgewater — who were inspired by music to cross the lines of strict segregation in the days of Jim Crow in Florida.

Wilson and Kieffner, who became lifelong friends, “had the courage to cross the color line to do what they thought was best for their students,” the filmmakers note. (Kieffner, of Winter Park, died in 2016 at 88; Wilson, of Orlando, died in December 2018 at 90.)

“Marching Forward” contains many historic photos and 16mm film footage that provide a sense of life in the 1960s in Orlando, in what surely seems a simpler time, the filmmakers note. However, other parts of the film remind us that the 1963-64 school year was also tumultuous, filled with civil rights protest marches and brutal racial violence.

“If you’ve ever played in a high school band, this film has a special resonance, too,” says the History Center’s executive director, Michael Perkins. “In telling the story, the filmmakers highlight the importance that music and being part of a band can have to young people, and the bonds that are forged and the doors that are opened. It’s an inspiring story.”

Filmmakers and others associated with the making of the film will be at the screening and participate in a question-and-answer session afterward.

This is a free event. Parking is available at the Library Garage, 112 E. Central Blvd.

Your ticket for the: Screening of “Marching Forward” Tells Inspiring Orlando Story