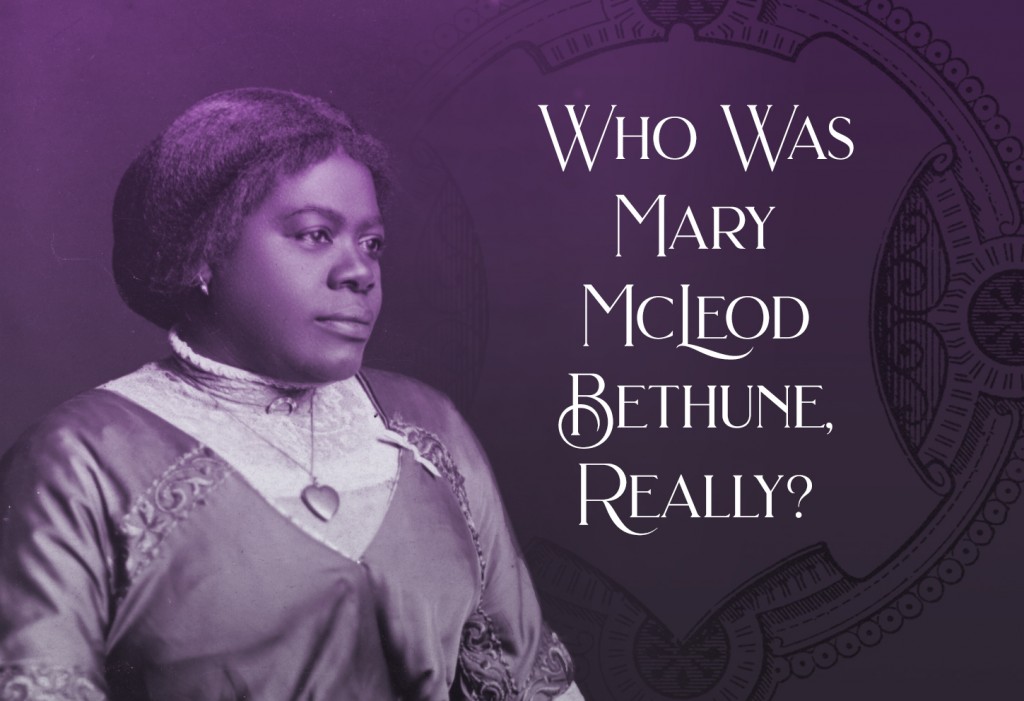 On March 12, the Orange County Regional History Center presents its inaugural Women’s History Month Breakfast with a program honoring Mary McLeod Bethune (1875-1955), the legendary Daytona Beach educator who is hailed as one of our nation’s most powerful advocates for civil rights and suffrage.

Titled “Who Was Mary McLeod Bethune, Really?” the program also celebrates the centennial year of women’s suffrage in the United States, as well as the extraordinary life of Bethune — educator, activist, champion of racial and gender equality, and adviser to presidents who has been chosen to represent Florida in the U.S. Capitol’s National Statuary Hall in Washington, D.C. Dr. Bethune will be the first African American to have a state-commissioned statue in the hall, as well as the tenth woman. (Each state is represented by two statues).

Featured speakers at the breakfast include Dr. Ashley Robertson Preston of the University of Florida, author of Mary McLeod Bethune in Florida: Bringing Social Justice to the Sunshine State, and historian Ersula K. Odom of Tampa, whose in-character performances have deepened Florida audiences’ appreciation of Dr. Bethune in performances for the Florida Humanities Council.

The March 12 program will take place at the History Center and is presented by the museum and by the Hannibal Square Heritage Center, the League of Women Voters of Orange County, Florida, and the Wells’Built Museum of African American History & Culture.

“It’s very important to us at the History Center to tell the stories of the Central Florida women who have given so much to the community,” notes the museum’s director, Michael Perkins. “In the past, they have often not received sufficient recognition. We’re honored to have our first such event celebrate one of Florida’s true heroes, Mary McLeod Bethune.”

Tickets are $30. For details and to make reservations, click here. Single tickets are welcome, and the History Center also invites attendees to organize a table of eight; please call Amanda Henry at 407-836-7046 for details by February 27. Parking for History Center visitors is available at the Library Garage, 112 E. Central Blvd. Information about the museum is also available by calling 407-836-8500 or 800-965-2030.