by Whitney Broadaway from the Summer 2017 edition of Reflections Magazine

As a founder of SeaWorld, George Millay was no stranger to the industry and had been developing marine- and aquatic-themed restaurants and parks since 1958. In 1974, just after opening the third SeaWorld park in Orlando in 1973, Millay resigned from the com-pany due to creative differences with his partners. He immediately began work on a concept he developed while building SeaWorld Orlando: a park in the sunbaked, land-locked Central Florida area that gave tourists a chance to have some fun in the water.

In the 1970s, wave pools, water slides, and splash pads were not new concepts, but no one had yet put them all together in one attraction. So Millay hit the pavement, visiting locations across North America and compiling research files. Several of these reference photos made it into Millay’s original proposal in 1975, including the splash pad at Ontario Place in Canada and the wave pool that parks manager Eric Reickel built at Waterford Oaks, Mich., for Oakland County Parks and Recreation.

Logistics for Millay’s new water park quickly fell into place, and construction began on the International Drive site in 1976, with Orlando’s Hubbard Construction Company in charge of utilities, the parking lot, and in-park concrete. On March 13, 1977, Wet ’n Wild Orlando opened its gates to the public for the first time on a dreary, rainy day. 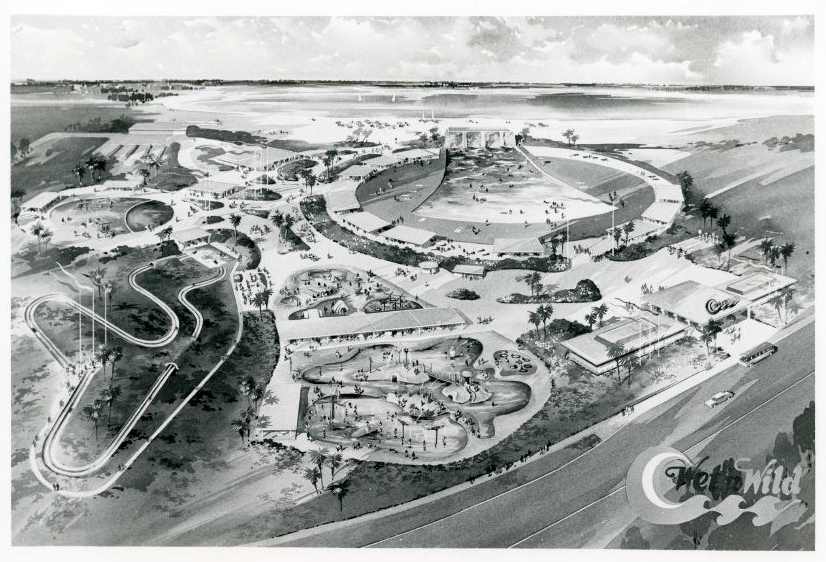 “We are just plain new”
The park had a rough first year with low attendance and a $600,000 loss. “Millay Management views our first month and a half of operation with mixed emotions,” Millay wrote to his stockholders on May 3, 1977. On one hand, “the park is beautiful and is operating smoothly with very few problems,” Millay wrote. “Word-of-mouth is excellent, and most of our guests are staying six to seven hours and enjoying themselves.”

On the other hand, “attendance has been disappointing,” Millay continued – a problem he attributed to several factors: unseasonably poor weather, over-programming by tour operators of visitors during the win-ter and spring vacations, and “some misdirection and lack of emphasis in certain segments of our marketing program.” Plus, Millay concluded, “We are just plain new.”

Millay was familiar with the struggles of opening a brand-new type of attraction; SeaWorld had also suffered a significant loss the first year before the idea took root. Thanks to the George and Anne Millay Collection at the University of Central Florida Libraries’ Special Collections and University Archives, we can see from Millay’s correspondence that he was in constant contact with his partners and stockholders, walking them through each hardship of the first year and how he planned  to fix it. He never wavered in his conviction that this kind of water park would catch hold. 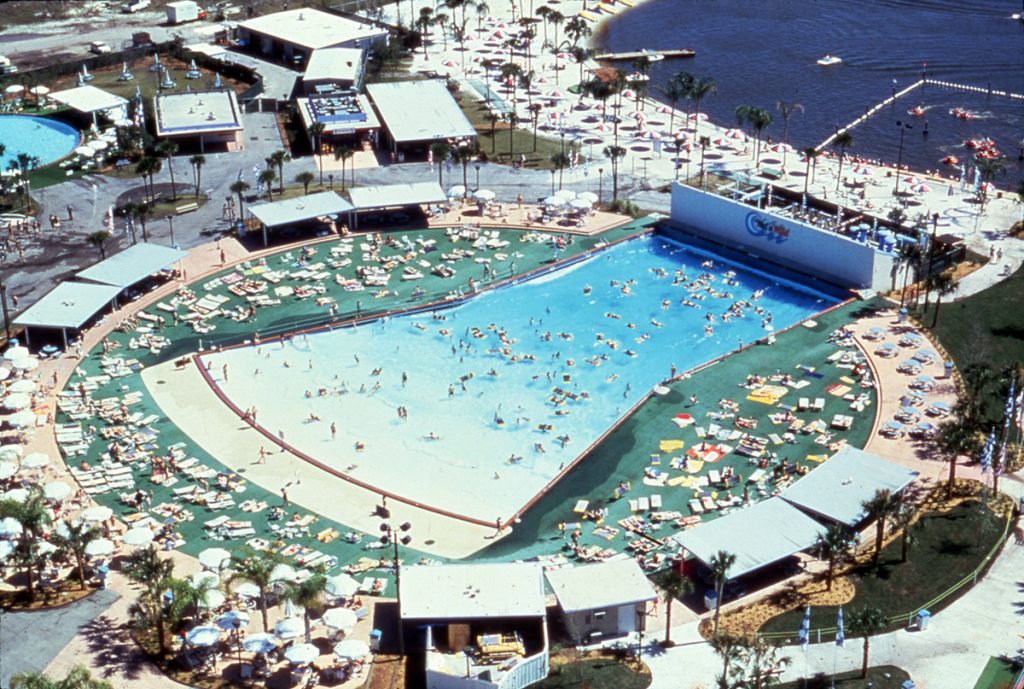 From the State Archives of Florida

Splashing to success
Indeed, Wet ’n Wild “started making money the second year and never looked back,” in Millay’s words. Soon, Wet ’n Wild Orlando was the most successful water park in the United States, and one of the top 10 most visited parks in the world.

The year 1978 heralded Wet ’n Wild’s Aqualympics, perhaps a part of Millay’s previously mentioned redirected marketing. What became locally known as “Orlando’s Spongey Olympics,” the Aqualympics reached out to Central Florida radio stations to put together teams of 12 (six men and six women) from their listeners to compete in a series of challenges at various features of the park. The information packet sent out to the radio stations referred to popular 1970s television shows: “The events will combine the variety of ‘Almost Anything Goes’ with the heated competition of ‘The Challenge of the Superstars’ and the craziness of the ‘Gong Show.’ ”

With the opening of Disney’s Typhoon Lagoon in 1989 and Blizzard Beach in 1995, Wet ’n Wild Orlando began to lose its place at the top of the water-park market. But even with newer, bigger, and more elaborate water parks as competition, the original water park held its own and continued to draw hefty attendance numbers that were nothing to laugh at.

In the face of increased competition, Wet ’n Wild began to focus on rides with multi-person tubes so the whole family could enjoy the experience together. The park boasted more multi-passenger rides than any of its competitors all the way up to its closing.

In 1998, Millay retired and sold his 10 Wet ’n Wild waterparks around the world to various companies.  Wet ’n Wild Orlando was purchased by Universal Orlando Resort. Under Universal’s ownership, the park continued to add cutting-edge rides and push the envelope. In 2006, Wet ’n Wild became the first water park in the country to offer waterproof electronic wristbands that allowed guests to pay for anything in the park by simply scan-ning their bracelets.

“The Wave Maker”
The title of Tim O’Brian’s biography of George Millay, “The Wave Maker,” is an especially fitting moniker for a man who led the way in the theme- park industry. The World Waterpark Association was founded in 1982, and the formation of the organization is at-tributed to the inspirational example of Millay’s creativity and success.

In 1994, Millay was inducted into the International Association of Amusement Parks and Attractions Hall of Fame. The World Waterpark Association presented him with their first-ever Lifetime Achievement Award in 2004 and simultaneously released an Executive Proclamation designating Millay as the official “Father of the Waterpark Industry.” Millay died in 2006 after a long battle with various forms of cancer that stretched back to 1979.

The closing of Wet ’n Wild Orlando was a sad day for the tourists and Floridians who cherished their vacations there, myself included. I have fond memories of trying to get the perfect weight balance and “Cool Runnings”-style bobsled skill on the Flyer (formerly known as the Fuji Flyer) to send it all the way to the back wall of the landing pool. And who could forget getting on what looked from the ground like the gentle slopes of the Bubba Tub (later replaced with the Aqua Drag Racer), only to be laid flat against the tube with the other five riders on the first drop? Orlando has been gifted with many entertainment innovations and firsts; among the best was the world’s original water park.

Your ticket for the: Making Waves at Wet ’n Wild